A WINTER WITH TOM WAITS

Due to technical complications, I am unable to share it at this time…

And I’m unsure how much of that I want to share; you know, in great detail.
I mean, how relevant is any of it to you?
Are you letting go of the same things that I am?
Do we even know how to slough off the old self?

I am losing more than just myself. 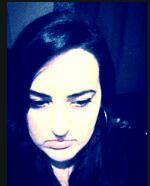 Update:
Ok, Here it is. And I did hold back…

A WINTER WITH TOM WAITS

That’s what it’s all about.

I finally found a cave for the winter; I bought a brown-bear-brown mat for my feet to step onto first thing in the morning – they’re shaped like a pair of Bigfoot’s feet; the feet are fawn.

(- pretending to write, pre-internet craze, I avoided using an emoji to indicate a smile… then I thought: “What if I’ve been reading everything wrong, forever…?”

What if I have been reading everything with no smile on the end, where one was intended; forcing every full-stop to a serious end.

For “fawn” makes me smile… but how would you know that?

Speaking of you; have we ever read, with the author assuming we were there? You know, pre-internet – or have we always just been voyeurs?

– suddenly, I’m Carrie Bradshaw; with a never-ending stream of more questions than answers.

The walls are a grounding shade of “mushroom” – I despise those shady characters, but I am actually referring to a Revlon shade of eye-shadow that I stole (or felt entitled to) from my mother. Or maybe she gave it to me…? The lines of family are blurry, in that way.

This earthy shade is in the brown family – but it’s not heavy; it hides a secret hue of Lavender, somewhere deep inside… invisible. Enchanted.

I daydream an Art Deco ceiling-rose around the mini-chandelier when I’m lying down, reading the roof.

Before I got back, He put up some heavy curtains. They’re forest-green; they remind me of the woods, of pine trees, of oxygen. Life.

This cave feels enchanted – a string of flower fairy-lights frame one wall; I keep them on forever. Company.

I’m not sure I know what it means, exactly, but it’s an initiation. That I know.

The Unicorn and The Lover came at the same time. A transmission; awakening; activation.

I sent him a short story about that activation; about his, “touching the centre of a sphere”…

The Unicorn brings me New Spirit Medicine, and it joins the ranks of my Spider, Whale, Elephant, and Peacock & Flamingo ~ what a magical team.

That’s a term I read on the internet, and it makes SO much more sense.

But a House, I have not.

It’s a bigger thing; it’s like, a reflection of the state of Global Slavery. Of the aftermath of genocide. Crazy.

I’m a Temple Priestess -and we know what happened to them.

It could have been the place where I finally have all of my belongings and myself and my bed under the one roof, and I can look through these reflections of who I was, and through letting go, discover who I am, now.

Because since fading, one thing I’ve learned is that the outer charade matters; you know, “If you don’t have a character, you can’t be in the movie!”. It’s supposed to be fun.

Because I have a lot to let go of… I used to believe in Home. In matching crockery, blankets for everyone, and the warmth that only a “Home” can provide.

Being Houseless is like an endless winter… and what do we crave in winter…?

He reminds me of Christmas. Which is strange, because where I live, Christmas is in Summer.

But Tom reminds me of a Winter Wonderland – it must be his voice. Obviously – singer – but it feels connected to his Heart… and isn’t that where “Home” is?

If I was listening to the radio, they’d be talking about talking-about World War III.

What is the romance of war? That tragedy finally brings people together?

That it takes death to really Love?

I’m ambiguous about it, really… something’s gotta give.

It is only the Global Slavery System that seeks to orchestrate a war; people don’t really want it. People, generally, are sweet…

“Hold On, Baby gotta hold on. Take my hand.

(I am neither smiling nor not-smiling.)

So what is it that I am skirting around?

What is it that I am having difficulty articulating?

Am I ready to get naked?

Inventory: in case you’ve had to “let go” sometime, too…

I’ll start with the hardest one, first. That’s my family.

My Grandfather is dying.

He is my last grandparent… I grieved every one, because I used to belong to a family. We all had our places, and our roles, and our dynamics.

I don’t think I’ll ever see him, again.

(you can imagine a crying emoji, right here.)

A whole bunch of stuff happened ~ I don’t really want to talk about it, but *I feel* like my mother shut me out. To go through it alone, or whatever. Soon, she’ll have no parents left.

So, even though I really wanted to see him, I had to turn toward myself; the most difficult and unnatural state I’ve ever been in. But that’s what it’s come down to, unfortunately. And I suddenly feel like not helping anyone, again. I could never have imagined that – ever – in the past.

But I seem to have reached the age where, “Life stops giving you things and starts taking them away.”

The Second thing, is Me.

I will be 35 in a couple of months, and that’s about middle age. (unless you’re a Taoist, in which case: just a baby!)

I think I have to grow up and change.

Since my family has dissolved, I grieved this same thing, three times, before – and now a fourth.

And that is: I feel really sad that my family never got to meet anyone who Loved me.

Because I’ve never met anyone who Loved me.

Out of everyone in my family, I never got to bring anyone to Christmas.

But, it’s time to face some facts, and accept some realities;

Being an astrologer, keywords such as “dissolve”, and “family”, might indicate Neptune in the 4th House… that would be correct. Twin my South Node: everything I ever was.

Out of everything I’ve read, I really appreciate the no-bullshit approach to case studies.

This includes the South Node in Cancer or the 4th House.

Someone (probably a Sagittarius) aptly said:

“Let’s face it; if you have South Node in Cancer or the 4th House, having a family just isn’t going to work for you.”

The reason for that, is that the focus is all in the opposite direction; worldy affairs.

So my two-and-half thing, is I’m letting go of my youth.

The Third thing, is my Rosemary Plant.

(you can read about her brief life a few posts, below)

The reason (one of), that I am leaving here.

And I don’t feel so protective of this story – my mad, soon-to-be EX friend.

He has Moon in Capricorn, can I get a: “DOMESTIC CONTROL”?!

Seriously: WHO HAS TIME FOR THIS?

I feel like I’m in a frat house, with some kid who’s just moved out of home for the first time, and does NOT know how the real world works.

I am feeling murderous… over the smallest things.

He is the most controlling person I have ever lived with.

As such, *this* whole “thing” was aborted, and is a bit of a bloody mess, currently.

The short version, is that he was recently diagnosed as schizophrenic, and maybe I should pay attention to that.

He dug-up my symbolic Rosemary plant that I planted, on the Sagittarius Honey Moon.

I planted her, because my family was dissolving. I feel like I have no roots, anywhere, and if I pay close attention, I can see the signs:

(again. I let go of a bit of that in my first book; I was really The Witness, there)

My only direction, is to go public.

North Node in the 10th House.

I just have to go out, rather than in.

I am learning to drive so that I can be inside and outside, at the same time.

According to everyone, I can drive; but I like someone with me… 4th House past doesn’t get to have that.

Usually, i separate my public life and my deeper, private self… but what the hell:

Currently leaning toward that latter.

And I am thinking of the saddest things…

Just all these awful memories of loss, that I won’t go into, here, but they will sort of be in one of my new books.

Mixed with foreign tears that echo someone else’s sadness…

Being a empath is really confusing; I never know whose sweet tears are falling down my face…

I had “hoped’, that Jupiter approaching my Moon might bring a stroke of Luck on the Homefront; but i was aware that it may just mean BIG. EMOTIONS. Which seems the case; with a New Moon, to boot. RESET. And of course, that’s all just EMPHASIZED.

In the 9th House, though, I REALLY want to write. A lot.

The Last thing, is my Town.

So, Thank You, Tom Waits, for vibin’ on me, for *feeling* like “Home”, and for inspiring one of my new projects, coming soon.

And thank you for reading – it felt good to get it all off my chest.

In this clutter of projection, writing is one of the only things we have left to get a ‘really good look” at ourselves. Hopefully, reflected in each other.

Until then; Hold On, says Tom-who-Waits…

They hung a sign up in our town
“if you live it up, you won’t
live it down”
So, she left Monte Rio, son
Just like a bullet leaves a gun
With charcoal eyes and Monroe hips
She went and took that California trip
Well, the moon was gold, her
Hair like wind
She said don’t look back just
Come on Jim

Oh you got to
Hold on, Hold on
You got to hold on
Take my hand, I’m standing right here
You gotta hold on
Well, he gave her a dimestore watch
And a ring made from a spoon
Everyone is looking for someone to blame
But you share my bed, you share my name
Well, go ahead and call the cops
You don’t meet nice girls in coffee shops
She said baby, I still love you
Sometimes there’s nothin left to do

Oh you got to
Hold on, hold on
You got to hold on
Take my hand, I’m standing right here, you got to
Just hold on.

Well, God bless your crooked little heart St. Louis got the best of me
I miss your broken-china voice
How I wish you were still here with me

Well, you build it up, you wreck it down
You burn your mansion to the ground
When there’s nothing left to keep you here, when
You’re falling behind in this
Big blue world

Hold On
Hold On
Baby, gotta hold on
I’m standing right here
You got to hold on